Cordyceps (Cordyceps Militaris) is a fungus that lives on certain caterpillars, originally discovered in the high tops of the Himalayas. Local herders discovered cordyceps mushroom benefits while observing their cattle consuming these mushrooms and showing an enhanced vigor and vitality. For centuries, cordyceps mushroom benefits have been recognized as a powerful healing mushroom in Chinese and Tibetan medicine. There has been some interesting research conducted on cordyceps mushrooms showing that it helps with lung function, energy, and intense exercise. Like all of the functional mushroom supplements we use for our products, cordyceps for dogs and cats can promote immunomodulation.

Immunomodulation is the body’s innate response to bring the immune system back to balance. The immune system is activated by the polysaccharides, terpenes, and many other bioactive compounds found in the mycelium and fruit body of the mushroom. The full spectrum of natural compounds found in cordyceps for dogs and cats is a key factor in supporting immunomodulatory functions. Supplementing cordyceps for dogs and cats can be a great option for pets with allergies and promote healthy respiration. Cordyceps mushroom is used to treat a number of ailments such as fatigue, sickness, kidney disease, and more.

Cordyceps mushrooms also contain active ingredients like cordycepcin, which has been reported to help with high intensity exercise and thermogenesis (or ability to modulate hot and cold temperatures in the body). In addition, Cordyceps for dogs and cats have shown to contain a higher amount of beta glucans that can also activate a healthy immune response.

Pharmacological and therapeutic potential of Cordyceps with special reference to Cordycepin
Cordycepin: selective growth inhibitor derived from liquid culture of Cordyceps militaris against Clostridium spp
Cordyceps as an Herbal Drug
Effect of cordyceps sinensis on cellular immunity in rats with chronic renal insufficiency 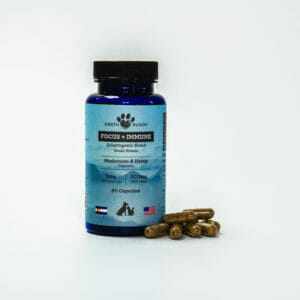 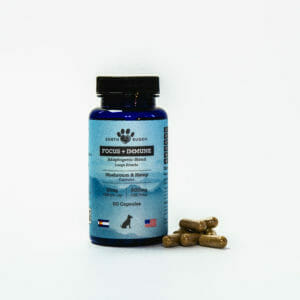