The Endocannabinoid System in Pets

What is the Endocannabinoid System

The Endogenous Cannabinoid System (ECS) is an ancient mammalian system that acts on many peripheral systems within the body.
Example: Central Nervous System (CNS). Look at the endocannabinoid system as a conductor of an orchestra. There are many different instruments playing in a symphony, but in order to keep all of these different functions in harmony the conductor must guide and signal the entire group.

The ECS’s primary goal is to promote homeostasis or balance. This system produces the same compounds that are found in the Organic Hemp Extract used in Earth Buddy. By introducing phytocannabinoids or plant-based cannabinoids from Organic Hemp we can engage the Endocannabinoid System and promote calming, brain health, joint health, immune support and many other benefits the body requires for balanced health. As cats and dogs age the endocannabinoid system can become deficient, which is why so many pet owners see a profound response in their furry friends when they supplement full spectrum hemp extracts that contain cannabinoids.

The most well known endocannabinoid receptors in the body are the CB1 and CB2 receptors. CB1 receptors are primarily found in the brain and central nervous system (CNS) and help balance mood, behavior, focus, and motor skills. The CB2 receptors have been discovered through scientific literature throughout the entire body, with a large concentration of them being found in the digestive system. Both receptors play a vital role in overall health and well being of dogs and cats. Much more research is needed in the field of endocannabinoid systems of dogs and cats, as recent scientific studies have discovered new cannabinoid receptors and other metabolic functions. The endocannabinoid system will continue to increase as a focus in veterinary medecine offering new technology on how to improve our pet's health and longevity. 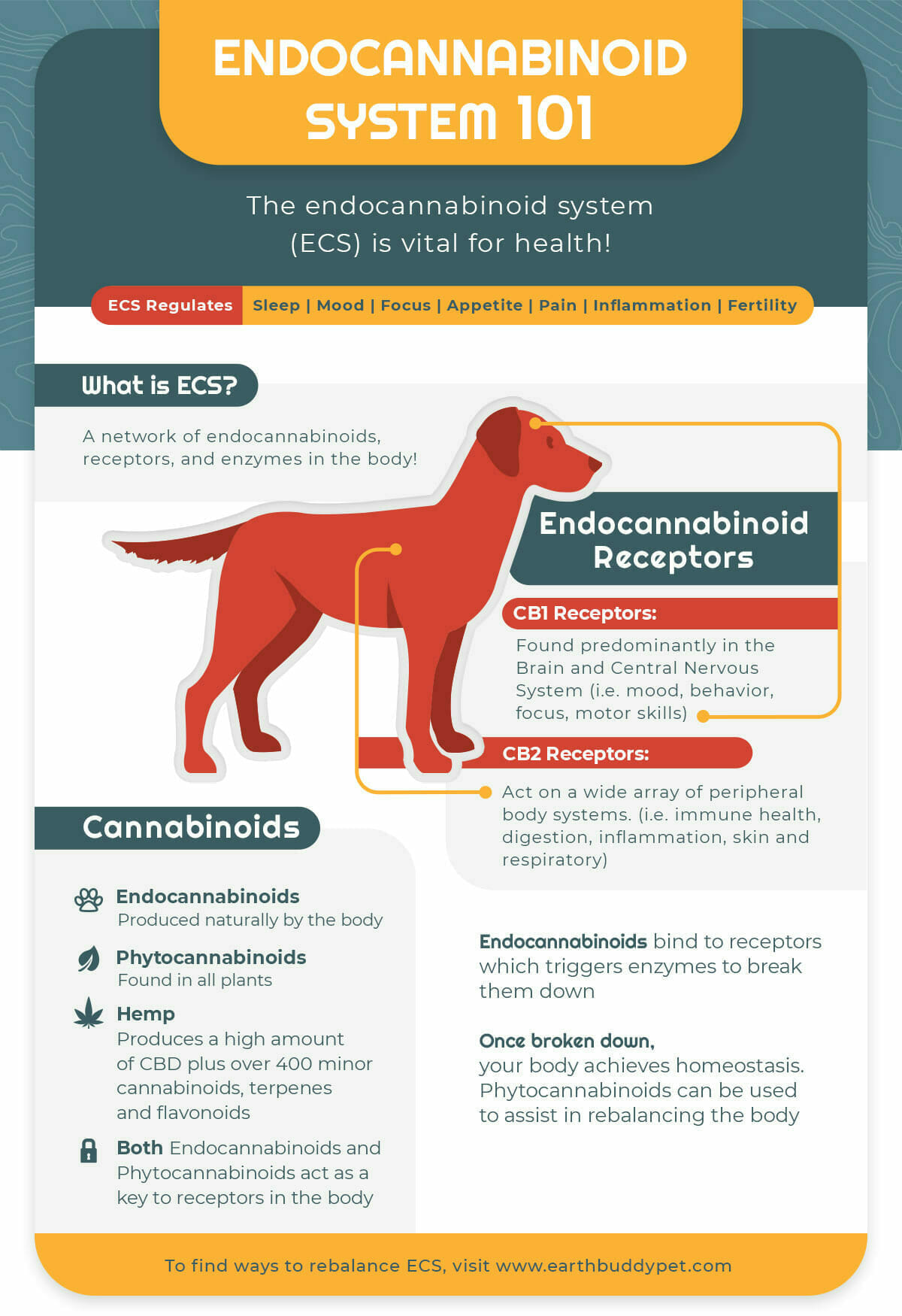